We would like to offer our sincere support to anyone coping with grief. Enter your email below for our complimentary daily grief messages. Messages run for up to one year and you can stop at any time. Your email will not be used for any other purpose.

Share a memory
Obituary & Services
Tribute Wall
Read more about the life story of David and share your memory.

David Michael Hamelin, 68, of Easthampton passed away Sunday December 25 th 2022 at Cooley Dickinson Hospital. He was born in Northampton August 22, 1954, and attended local schools and Smith Vocational High School in Northampton. He then worked at several restaurants and particularly his Uncle Walt and Aunti Pats Colony Restaurant and Wycoff Park in Holyoke, MA. He also worked for various home building contractors where he learned his carpentry and masonry skills. He also worked for many local people at different odd Jobs throughout his life. He was an avid outdoorsman and fisherman with a knack for catching ‘em too. He enjoyed camping and exploring the nature of New England especially in the Berkshires as well as the coastline and even a few trips to Florida. He had a very strong passion for gardening. As he had a very green thumb. He also enjoyed cooking and was known for his famous potato salad and stuffed shells he learned from his days in the restaurants. David also enjoyed reading and tackling the hardest crossword puzzles. He was an “old school”guy who would help anyone. David will be sorely missed by everybody.

David leaves his stepfather Donald Nadeau, his stepbrother Steven Nadeau, a stepsister Marie Pappadellis and her husband Martin, his brother-in-law Kevin Miller. His nephews Aaron and Sam and nieces Sarah and Grace. He also had several Aunts and Uncles as well as many cousins and countless friends. He was predeceased by his father Frances “Spider: Hamelin, his mother Barbara A. (Derouin Hamelin) Nadeau and his sister Susan J. Miller. A funeral service will be held in the Spring with burial at St.Brigid’s Cemetery in Easthampton, followed by a Celebration of His life.

The family thanks the staff at Cooley Dickinson Hospital for all its assistance. Donation in David’s memory may be given to the American Cancer Society.

Mitchell Funeral Home of Easthampton is handling the arrangements.

To send flowers to the family or plant a tree in memory of David Hamelin, please visit our floral store. 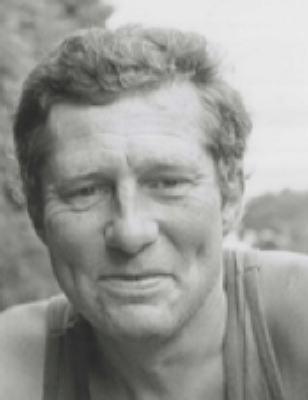 In Loving Memory Of

Look inside to read what others
have shared
Family and friends are coming together online to create a special keepsake. Every memory left on the online obituary will be automatically included in the book.

In Loving Memory Of

Look inside to read what others have shared

Family and friends are coming together online to create a special keepsake. Every memory left on the online obituary will be automatically included in the book.

You can still show your support by sending flowers directly to the family, or by planting a memorial tree in the memory of David Hamelin
SHARE OBITUARY
© 2023 Mitchell Funeral Home. All Rights Reserved. Funeral Home website by CFS & TA | Terms of Use | Privacy Policy | Accessibility